We are the Guinness World Record holders for: 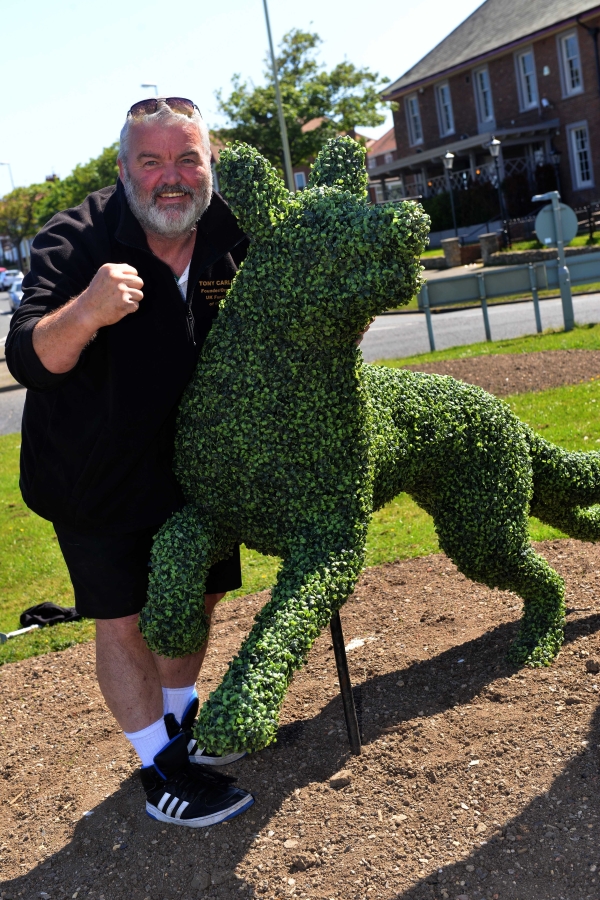 The Great North Dog Walk is the brain-child of Tony Carlisle and was founded by him in 1990. He has organised the event every year since and 2015 was our " Silver Anniversary "- 25th event. Tony is a former Teacher of Harton Technology College, in South Shields and is currently United Kingdom Fundraiser of The Year – for the 3rd time. Raised over £8.5 Million pounds for charitable causes. He has also donated 75 pints of blood and for this he holds the Emerald Award Certificate. The event has been supported by a host of celebrities in the past including Blue Peter, Record Breakers, Newsround, the Big Breakfast television show and more recently, CBBC Children’s TV in March 2013. Click here to view CBBC's Who Let the Dogs Out coverage of The Great North Dog walk 2012.

This event is annual and measurable and the last dog walk was the 28th staging. It was held on Sunday 3rd June 2018 with 33,149 dogs, starting on The Leas, South Shields, England, United Kingdom, SatNav NE33 2JH. The 3 mile (4.8km) walk follows a coastal route along the cliffs with magnificent sea views. There are four different routes of varying lengths to cater for everyone within the community and over varying surfaces like grass, gravel and concrete. This therefore allows for baby buggies, wheelchairs, the young, the elderly, disabled and also older dogs to support this world record attempt. The event is Internationally recognised and holds the WORLD RECORD as the largest dog walk ever held (22,742 dogs). This is a record we would like to keep in the United Kingdom coupled with allowing interested parties to attempt this World Record and allow them to raise funds for the charity of their choice from the listed beneficiaries. 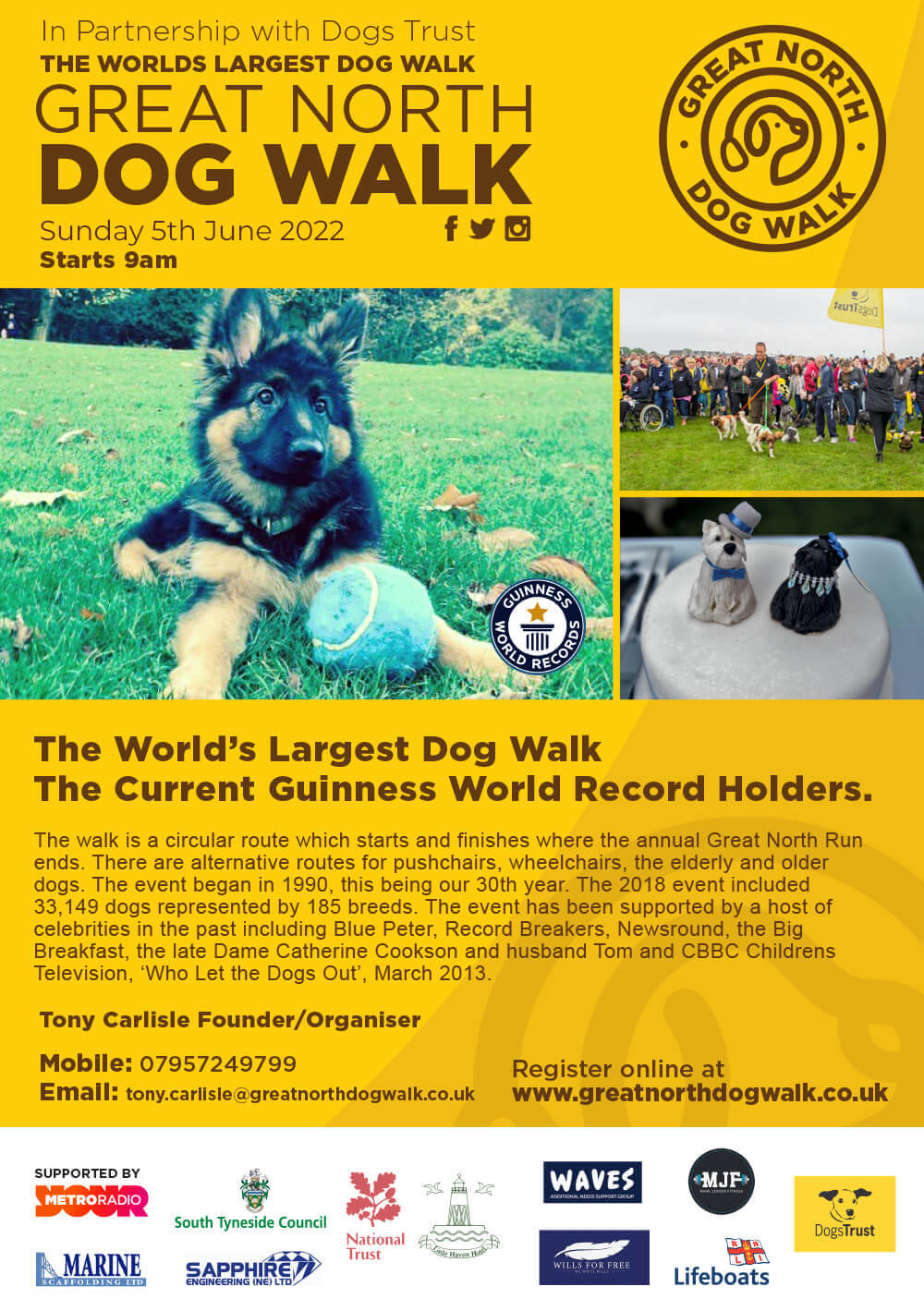 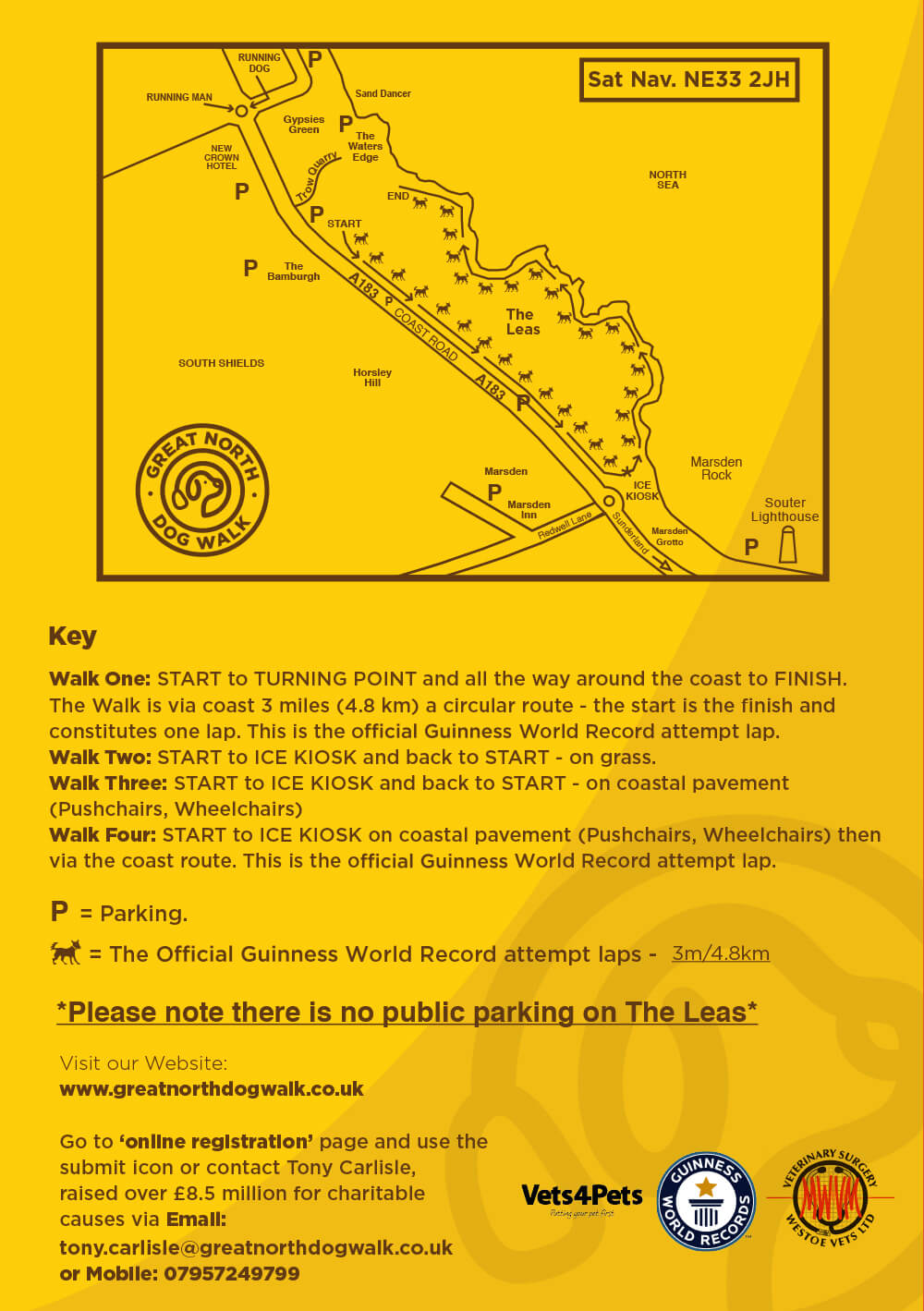 Please select one of the below beneficiaries then make your payment payable to that Charity and send directly to them. Participants can only raise sponsorship/funds/donations from the Official Beneficiary list shown below. It is not permitted to do otherwise. Anyone found to be abusing this rule will be removed from site and I will seek prosecution. Thank you.

We are currently seeking sponsorship, donations and contributions towards our 2022 event. Interested? Contact Tony Carlisle on 07957 249 799 or email tony.carlisle@sky.com for further information.

Register now, and walk with us on june 4th. Also be sure to check the rules for convenience.

Click below for the detailed information about the location, the plan of the venue, and the parking facilities.

Feel free to check the photos & the videos of the past events.